BY-PASSED CHARGE is defined as mental energy or mass that has been accessed, in some way, in an individual, and that is partially or wholly unknown to that individual and so is capable of affecting him adversely.

Handling By-Passed Charge has developed from the early days into a very rigid structure. But it has a long history of development.

Prior to May 1963 there was very little published data about by-passed charge. Yet most of the great old time processors knew how to handle it. 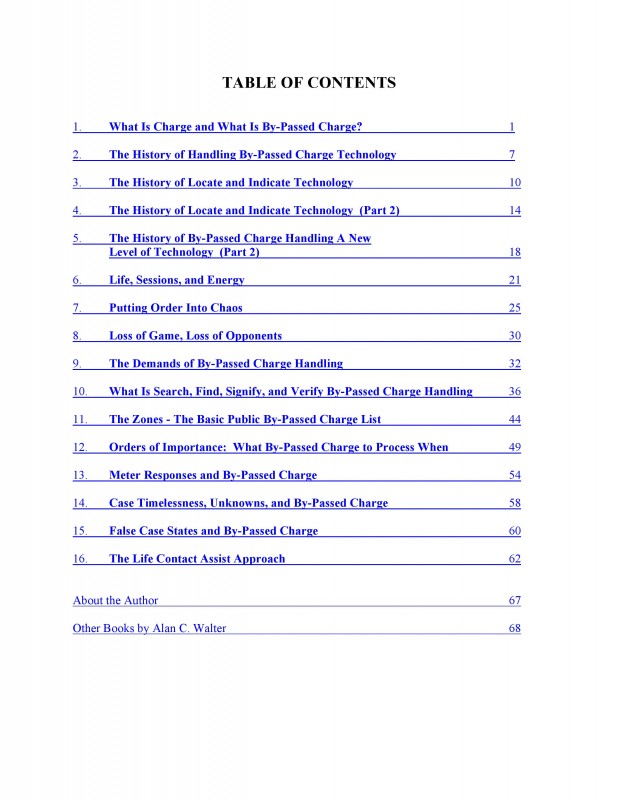